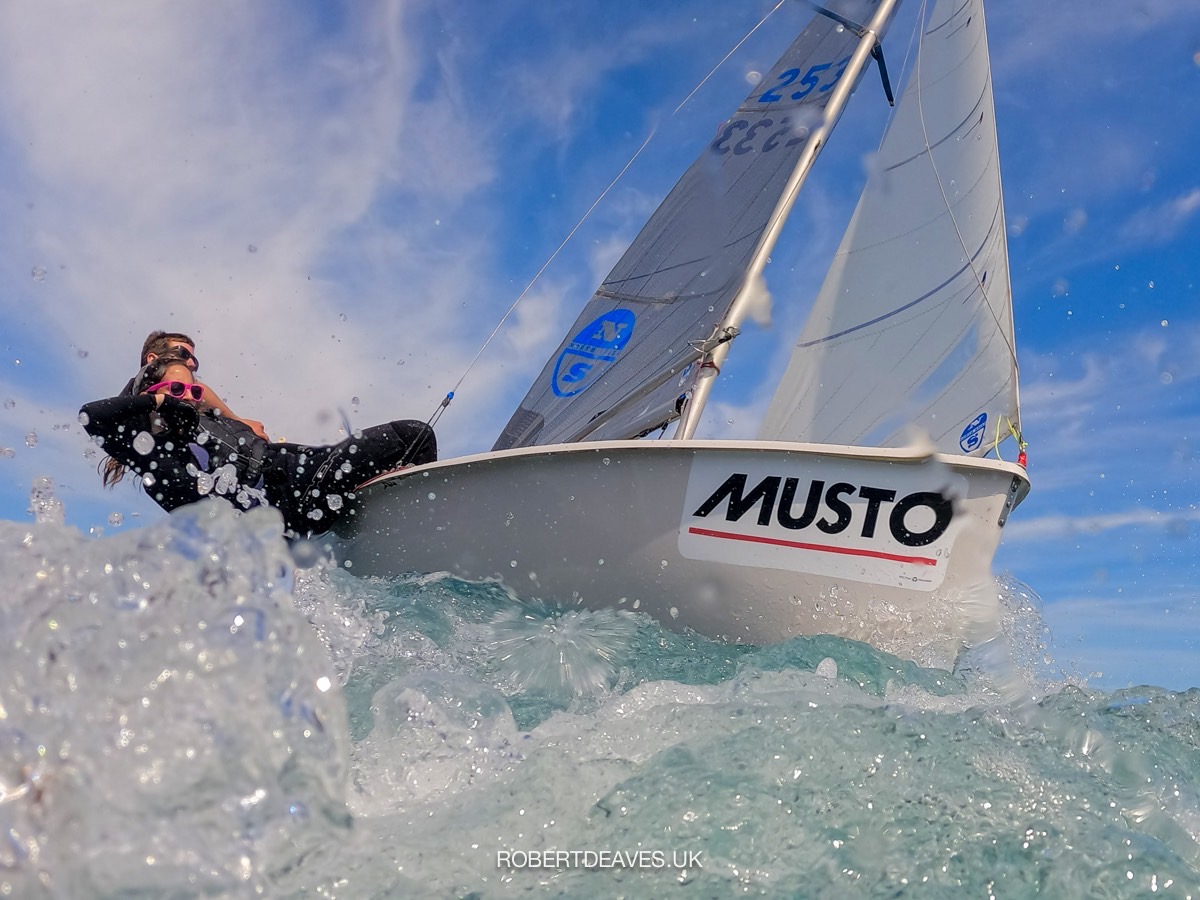 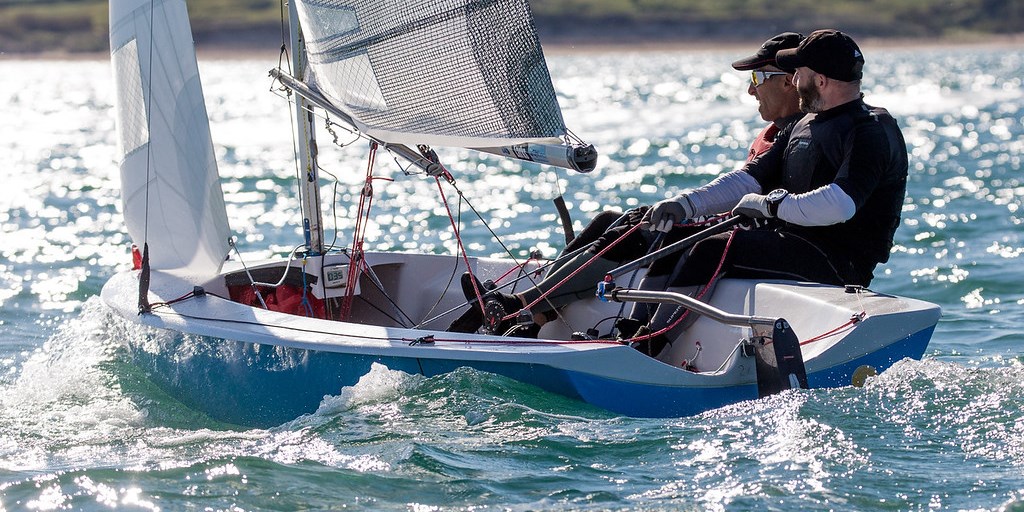 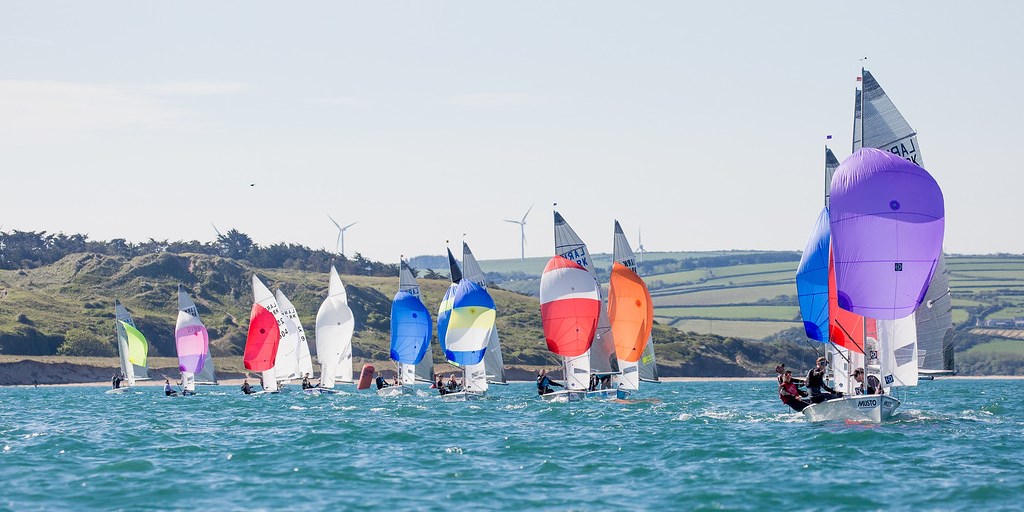 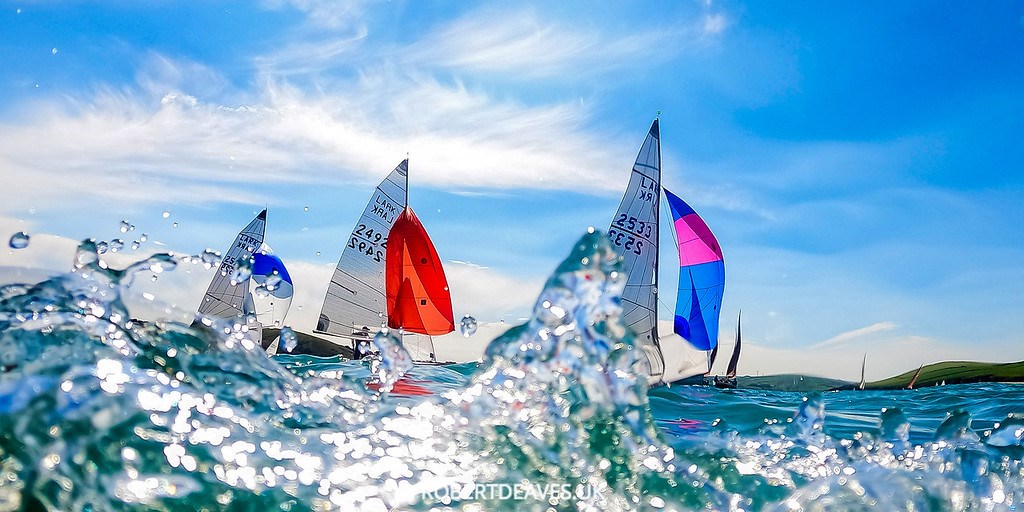 The annual Salcombe Gin Regatta is fast becoming one of the must do fixtures of the Lark calendar. A fantastic holiday town, beach fun at Mill Bay, navigating the beautiful Kingsbridge Estuary, not to mention the hot competition, it’s easy to see the appeal.

UK holiday accommodation in 2021 has been hard to come by, but the Larks are a resourceful bunch and a raft of cruising yachts on the visitors moorings proved to be an ideal solution that looks to be repeated next year. Chris Allen had sailed from Hayling Island and tagged the regatta on the end of his family yachting holiday in the South West. Dan Watson and Flora Winter travelled the furthest, having sailed their yacht all the way from the East Coast.

This year’s event featured a number of former Lark National champions drawn back to the fleet by a boat suited to all comers.
It was a week of two halves. The first four races were sailed in force 2 to 3, before the windier conditions kicked in for the final 2 days. Salcombe did not disappoint with ample opportunities for place changing and big leads diminished in the blink of an eye.

The first 3 races were all won by Harry Pynn and Gemma Cook who found some epic tacking battles to their liking.

In race 1, Chris Allen and Ann Ashworth snuck past Tim Fells and Ben Meek just before the finish line to take 2nd.

In race 2, John and Vicky Brickwood were unable to keep Pynn and Cook behind them and had to settle for 2nd place. Megan Brickwood and Connor Dickson enjoyed this one, coming through to 4th by the finish.

In race 3, Fells and Meek were leading on the final beat and elected to cover the Brickwoods allowing Pynn and Cook through.

Race 4 was more interesting as the course was set to go to sea. On the start line, more pressure and a favourable shift made the right hand end appealing. Allen and Ashworth took the bait and while it didn’t look too bad initially, they stayed on the west side of the estuary all the way out to sea and by the time they reached the turning mark they were a long way behind. The Brickwoods judged the beat to perfection and kept Fells and Meek behind them to win the race.

The wind had increased significantly for Race 5. The Brickwoods revelled in the conditions to take their second win far ahead of the war of attrition behind them as boat and crew breakages took their toll. Pynn and Cook, with a jury rigged kicker, overtook Allen and Ashworth to take 2nd.

The Larks are already planning for the 2022 Salcombe Gin Regatta which runs from the 7th to 12th August. Those not planning on taking their yacht to stay on are well advised to book their accommodation now!

We use cookies on our website to give you the most relevant experience by remembering your preferences and repeat visits. By clicking “Accept All”, you consent to the use of ALL the cookies. However, you may visit "Cookie Settings" to provide a controlled consent.
Cookie SettingsAccept All
Manage consent